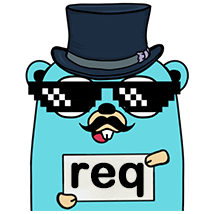 req currently supports Client and Transport middleware, you can update req to the latest version:

Client and Transport middleware can intercept all requests and responses, and can add any required logic before the request and after the response, for example, log, metrics, trace and other data can be recorded for all HTTP requests, or exceptions can be handled uniformly.

Especially in the trace scenario, when implementing the tracing, the logic often needs to cover both pre-request and post-response. It is not appropriate to use RequestMiddleware or ResponseMiddleware. In this case, you can choose to use Client or Transport middleware.

When to use Transport middleware? It is generally used when integrating with other libraries or existing projects. Use *req.Transport to replace the Transport of http.Client, and use the minimal code changes to record log, metrics, trace data for all http requests, or uniformly handle exceptions.